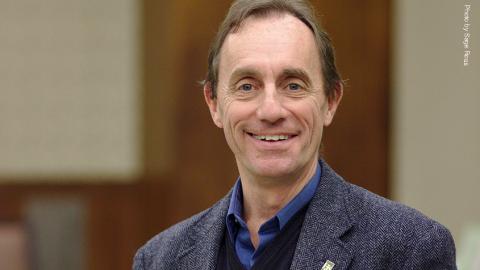 Touwaide will explore the Greek iatrosophic literature of the Ottoman period. To this end, he will survey the manuscripts with medical content preserved in the libraries across Greece dating back to the period 16th to 19th century. Although most of these manuscripts are preserved in Athens (particularly at the National Library of Greece), many have to be found in the collections of the Athonite monasteries and in other monastic and public libraries all over Greece. Touwaide will travel to personally inspect such documents and will record the results of his analyses in a database that will allow for further research on the topic.

During his tenure, Touwaide will also deliver several lectures about his work so as to disseminate the results of his investigation and also to contribute to the education of advanced students interested in the history of science, particularly of life sciences and medicine, in the post-Byzantine period. In the coming month of June, he will teach a graduate seminar at the University of Athens on June 1, 2016 at 1:00pm on the circulation of Greek science in the medieval Mediterranean world, and will present two public lectures, one at the Athens Centre on June 15, 2016, at 7:00pm, on the tradition of herbal medicine in the ancient and medieval Greek world, and another one entitled “The Flora Graeca before Sibthorp”, at the Gennadius Library-American School of Classical Studies at Athens (ASCSA), on Thursday, June 30, 2016, at 7:00pm. This lecture will close the exhibition Flora Graeca.

Also, Touwaide will participate in the 23rd International Congress of Byzantine Studies in Belgrade, Serbia, on August 21-28, 2016, where he will present two papers, one in the session on “Visual Transmission of Scientific Knowledge in Byzantium” and the other in the session on “The dialectics of theory and practice in Byzantine medicine and science”.

Alain Touwaide is the co-founder and Scientific Director of the Institute for the Preservation of Medical Traditions in Washington, DC (USA). Over the past fifteen years, he has been affiliated with the Botany Department of the National Museum of Natural History at the Smithsonian Institution. He is the author of multiple publications on the History of Life and Medical Sciences in the ancient Greek World, particularly in Byzantium, and has been doing research, has taught and lectured all over the world over the past four decades. 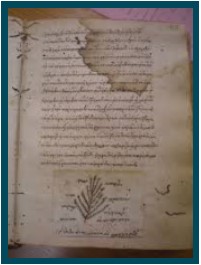